Freedom Phone – A Master Class in Branding and Positioning

A 22-year-old Bitcoin Millionaire has launched a “smartphone for Conservatives” called The Freedom Phone. Here is the New York Times article that details his effort. 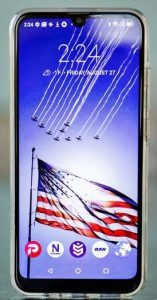 The name is great. The positioning is great (liberate Americans from their “Big Tech overlords”). The marketing has been great (his launch video has over 1.8 million views). And he’s already sold over $6 million worth of these phones.

The problem? The phones suck. CNET, the product-review site, said the $500 device appeared to be “nearly on par with a $200 budget Android phone.” Ouch.

The NYT article explains some of the issues that arise when trying to launch a new phone without the assistance of the major tech companies. But I have no sympathy for anyone who is dumb enough to buy this. Or any of several products marketed via the Conservative media these days (Ivermectin anyone?).

But you’ve got to admire the straightforward naming and positioning. Credit where credit is due.