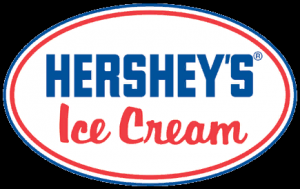 The Hershey Chocolate Company was founded by Milton S. Hershey in 1894 as a subsidiary of his Lancaster Caramel Company. Hershey Creamery Company, also known as Hershey’s Ice Cream, was also founded in 1894 by Jacob Hershey (not a relative of Milton Hershey) and four of his brothers in 1894.

Both companies have been engaged in on-again, off-again litigation for about a century over the Hershey’s name and trademark (Hershey Chocolate filed the first lawsuit between these parties in 1921). Eventually they reached a settlement where each company was to disclaim the other. Today, the ice cream company’s website notes that it is “not affiliated with Hershey’s Chocolate” at the bottom of its homepage (©PRODUCTS OF HERSHEY CREAMERY CO. − NOT AFFILIATED WITH HERSHEY’S CHOCOLATE). Hershey’s Chocolate does not return the favor as they make no mention of Hershey’s Ice Cream.

Would the Hershey’s name be able to be shared in this manner if both companies tried to get the trademark today? I think it is doubtful because of the similarity of the goods offered. Nevertheless, this stands as an example of how two very similar names can coexist.