Pepsi and Peeps are collaborating on a new drink that combines the taste of a Pepsi with the “pillowy-soft and sweet” marshmallow flavor of Peeps. The new cola is named “Pepsi x Peeps.” 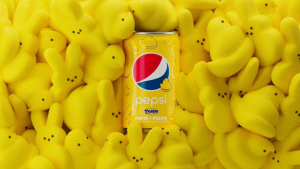 Several bloggers are asserting that Pepsi should have named the drink “Peepsi.” Clever idea, but both Pepsi and Peeps were smart enough to avoid that.

For example, if “Peepsi” were the name of this product, how could Pepsi hold back a competitor from launching a Pepsii or a Pipsee product?

The first rule of branding should be “do no harm to your own brand.”