Every year I do a blog post on the interesting names of minor league baseball teams. How can you not love team names such as the Modesto Nuts (the A League affiliate of the Colorado Rockies) or the Montgomery Biscuits (the AA affiliate of the Tampa Bay Rays)? 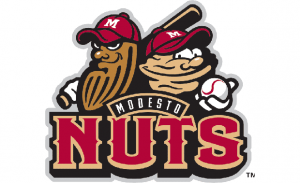 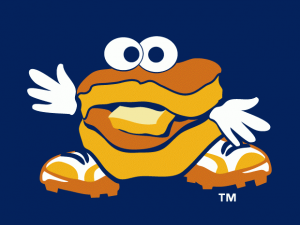 This year I expanded my search globally and discovered baseball team names in Japan.
And I found the Hokkaido Nippon Ham Fighters. The idea of hams fighting was very intriguing – I mean what would their team logo design be?

But as I researched the name I discovered it was named after Nippon Ham, a major Japanese food processing company. 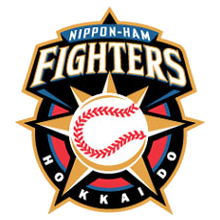 In Japan, professional baseball teams aren’t known by the city, as in the United States (e.g., New York Yankees). They carry the names of the companies that own them. So the official name is:

As an aside, the “Fighters” nickname came from a naming contest. A female high school student submitted the winning name, arguing that one of the team’s best players had guts and therefore was a “fighter.”

If you want to see how baseball team names have evolved in Japan, check out this team name history project on Reddit: https://www.reddit.com/r/NPB/comments/4ffsa2/npb_team_name_history_project/

Could this naming format work in the US? Not really, as most Major League Baseball Teams in the US are owned by billionaires, not companies. Face it, the John Henry Red Sox or Hal Steinbrenner Yankees doesn’t have the same feeling as the Boston Red Sox or the New York Yankees.