The End of Bland Names?

Publicis Groupe, the holding company of worldwide marketing agencies, has been restructuring over the past year. In March they announced a major restructuring of their media arm Publicis Media that broke apart longtime media agency ZenithOptimedia. Zenith now operates as a standalone agency, while Optimedia joined forces with Blue 449 to form Optimedia | Blue 449. Publicis has now decided to drop the Optimedia name in favor of Blue 449 on a global basis. The six remaining Optimedia offices and Match Media in Australia will all take the Blue 449 name. 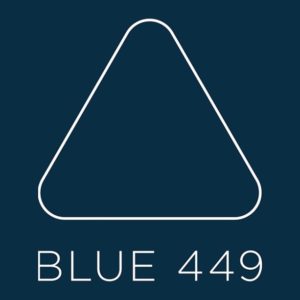 Does this signify a landmark change in naming? Dropping Optimedia and Match Media eliminates two more descriptive names in favor of a more creative arbitrary name. I can only hope that others follow this trend!

OK, as a professional name developer I’m biased, but names like Optimedia are not that hard to generate. Take two key words like “optimal” and “media” and slam them together. How hard is that? But developing names that are arbitrary or coined takes more work (and therefore companies tend to hire name developers for assistance!).

Avoiding generic or descriptive names also makes a lot of sense from a trademark standpoint. I’m not a trademark attorney so please do not consider this to be legal advice. However, Steve Baird, who is a trademark attorney, developed this chart with Minnesota Continuing Legal Education to help explain the role the “Spectrum of Distinctiveness” plays in getting a trademark.

In general, names on the left-hand side of the spectrum are not immediately eligible for trademark protection, if ever – and, never, if generic. This is because neither generic nor descriptive names are considered to be inherently distinctive and trademark law only provides legal protection to names that are or have become distinctive. In other words, in order to immediately get a trademark the name must be creative or out of the ordinary (inherently distinctive).

There is a complicated loophole for once purely descriptive brand names (immediately descriptive, laudatory, surname, geographic, etc.) that can prove that over time they have become distinctive to the relevant public. This loophole is associated with some significant limbo though and requires that you prove that your descriptive name has acquired “secondary meaning” over time. However, this proof is difficult especially if you are just starting to use the name.

That is why I generally recommend to my clients that they avoid generic or descriptive names and instead select suggestive, arbitrary, or coined/fanciful (created) names. Names on the right-hand side of the spectrum will be easier to trademark and will result in stronger brands over time. In the end, a strong brand name that can be legally protected is the goal of most naming projects!