“When you believe in things that you don’t understand, then you suffer. Superstition ain’t the way.”

With all due respect to Mr. Wonder, when it comes to branding, superstition may actually be the way in certain cases. Allow me to explain.

Is there any wonder why many buildings in the United States have no thirteenth floor? Would you brand something with the number 13? There is a brand of apparel called Lucky 13, but I think they are trying to negate the bad karma of 13 with the word “lucky.”

Or maybe you have heard of hexakosioihexekontahexaphobia (fear of the number 666 aka “the mark of the beast”)? The folks at Zillow.com examined real estate sale of homes with “666” in the list price, and found that those houses sold for 3.2% less than other similar homes (Zillow’s home page is http://zillow.com). However, that phobia did not stop the makers of 666 Cough and Cold Products from branding their products with it (I guess for when you have the devil of a cold?). 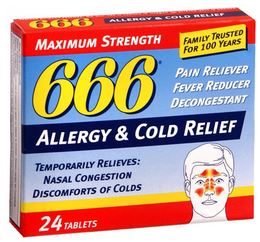 The number 7 is thought to be a lucky number, and some brands have embraced it. For example, Boots calls its skin care line No7 because the number seven was, at one time, used to denote perfection. 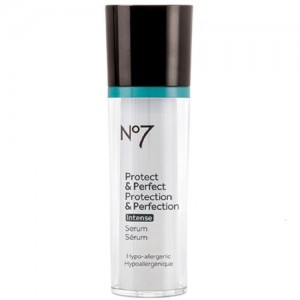 “7 for all mankind” is a high fashion denim clothier whose jeans (nicknamed “sevens”) have “…graced the bodies of notable female celebrities that include Emma Stone, Kim Kardashian, Jennifer Lawrence, Kristen Stewart, Jessica Alba, and Kate Bosworth” according to their website. There are many more examples of “7” brands.

Sometimes marketers can make a major error in branding if they are not aware of the superstitions of their target consumers. For example, if you are selling a product in an area of the US where there are significant numbers of Chinese-Americans, you may be aware of the “lucky” connotations of using the number “8,” which is pronounced “bā” in Mandarin and sounds very similar to the Mandarin word for “prosper” or “wealth.” However, you should probably avoid use of the number “4” which is considered unlucky because it is pronounced similarly to a word that means “death.” As proof, Zillow.com calculates that in areas where the Chinese population is great than ten percent, homes with a “4” in the list price garner sales prices that are 1% lower versus the estimated sales price, while having an “8” in the list price translates to an increase of 1.5% versus the estimated sales price.

Does superstition matter? Apparently it does to some people. And if those people happen to be in your target market, then you should probably pay attention to it!